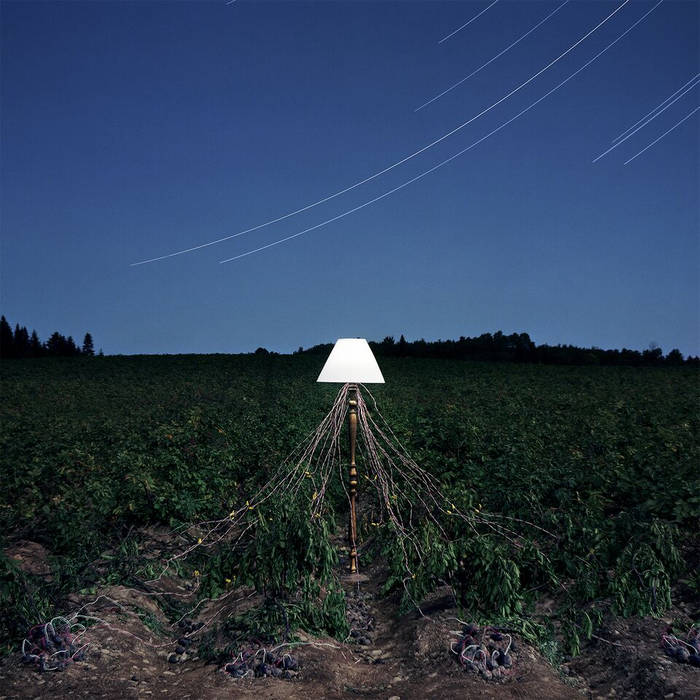 Thomas Mullarney III and Jacob Gossett are unstoppable. The New York artists, collectively known as Beacon, have been on a productive hot streak since 2012, and their efforts continue to pay off. "When we weren’t writing," Mullarney starts, "we hit the road and didn’t really look back. We toured the US five times since The Ways We Separate came out, building this project the old-fashioned way." And Beacon's natural, time-tested process has brought us Escapements, their sophomore album for Ghostly. "We went into this feeling liberated," continues the singer/producer, and Gossett seems to echo his thought: "This record is in part our attempt to formulate what Beacon is going to look and sound like going forward."

Escapements is about time, to put it simply, and all of the baggage it brings. The title is taken from clock mechanics; escapements are timekeeping regulators designed to transfer energy at a constant pace. "I was attracted to this concept because of the entropy it implies," Mullarney explains. "Friction and changes in amplitude over time mean every escapement, no matter how well crafted, will lose its accuracy and effectively slow down time via its own decay." This theme is delicately explored through Beacon's music and lyrics, engaging ideas of pain and loss with a surreal palette. Whereas the duo's debut was more streamlined and defined, Escapements thrives on an amorphous, free-flowing nature.

More than just a central concept, time manifests itself in these 11 songs quite literally, too. Take opener "IM U", a slow-swelling cut of electronic pop that has knocked around in Beacon's arsenal since the beginning. As Gossett puts it, "In its final form, 'IM U' is a track that has the history of the project embedded into it, an old idea filtered through years of growing interests and experience as songwriters." His idea is reflected by the remarkable cover photo, a single shot taken by Caleb Charland in darkness for eight hours. "The arc of the star trails show the rotation of the earth," Gossett points out. "I can't imagine a better representation of time, process, and discovery. It's how we wanted Escapements to sound."

After the initial demos were written, Escapements was refined and recorded over the course of nine months at Beacon's Brooklyn home studio and Gary's Electric, where it was mixed by Al Carlson. Tycho drummer Rory O'Connor was brought in to perform, unleashing new energy onto the Beacon sound and helping expand it to unheard places. Which is another notable theme on the album. "I hope this record proves our restlessness and shows that we really aren’t content to have only one approach to creating music," says Mullarney. "Every part of our process is linked to discovery." And that meant trying out studio tricks and recording techniques on the fly, getting lost in the process until they came out the other side. Like on "Cure", Escapements' frenetic, breakbeat-inspired penultimate track. Mullarney explains: "There’s a moment where I was simply playing chords on the studio Wurlitzer and singing while the mic recorded the room. The idea was to escape the produced electronic music, just for a moment, and capture the energy in the room."

Suffice it to say that Escapements tackles the difficulties of a sophomore album by ignoring their existence altogether—this is a record truly free of constraint and expectations. But because it's still a Beacon album, the duo's identity continues to shine through. Mullarney's voice sounds full and confident, even as it floats weightlessly over limber dancefloor constructions in songs like "Backbone" and "Better or Worse". It's a precise balance, and yet feels wholly organic. "When you don't give yourself a specific place to land you never really miss," Gossett adds. "We just tried to trust ourselves and not put limitations on what this record was supposed to be. In that sense, it's exactly the record we were meant to make."