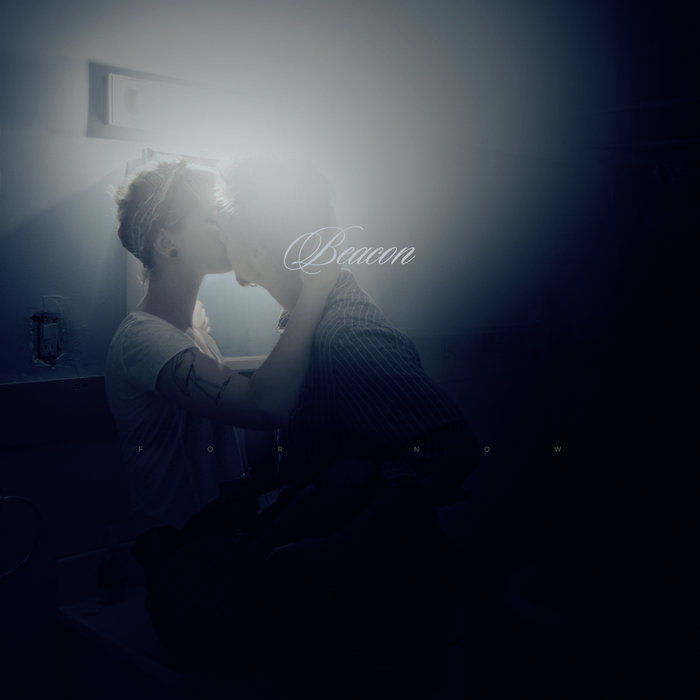 Purchase the 12" in The Ghostly Store:
www.theghostlystore.com/products/beacon-for-now-ep

For Now is the second EP by Brooklyn duo Beacon, five songs that continue the band's exploration of the dark spaces under the surface of human relationships. As with the band's debut EP No Body, For Now is a record that conceals a great deal of depth beneath a melodic veneer—again, there's a stark contrast between Thomas Mullarney's honeyed vocals and the words he's singing, although this time the mood is perhaps less sinister and more reflective. And again, themes of fractured love are prominent, particularly the distinction between love and lust, and what happens when the former falls away, leaving only the latter to fester: as Mullarney sings on third track "Pulse", "It's a long walk from lust to love… And if I get caught, it's not my fault."

Musically, this is perhaps the best realization yet of Beacon's synthesis of darker, creeping R&B sound, anchored by a strong bass and electronic music influence.. The sound design is immaculate, employing minimal, bass-heavy templates embellished with judicious melodic flourishes. "Feeling's Gone," for instance, starts with a distinctly rave-y synth line, but one that sounds somehow muted and diminished, like the faint memory of a night long past—a feeling that echoes the song's lyrics, which relate the temptation of trying to rekindle a love that's gone. Elsewhere, the gentle synth arpeggios of "Safety's Off" recall The Knife's "Silent Shout," while the hip hop beats of "Pulse" and "Into the Night" acknowledge the band's R&B influences. And underpinning it all is the bass—a constant presence that's brooding, dark and atmospheric throughout.